The Père David’s deer, also known as Davidshirsch or Milu, used to live in northern China and southern Mongolia. In the wild, they are now completely extinct. In 1865 there was a last herd with 120 animals in the Imperial game park near Beijing. There, they were discovered by French missionary David and named after him. Some animals were brought to Paris and London, where they successfully reproduced. Thirty years later, the Imperial game park near Beijing was completely flooded by storms, wiping out the entire herd. 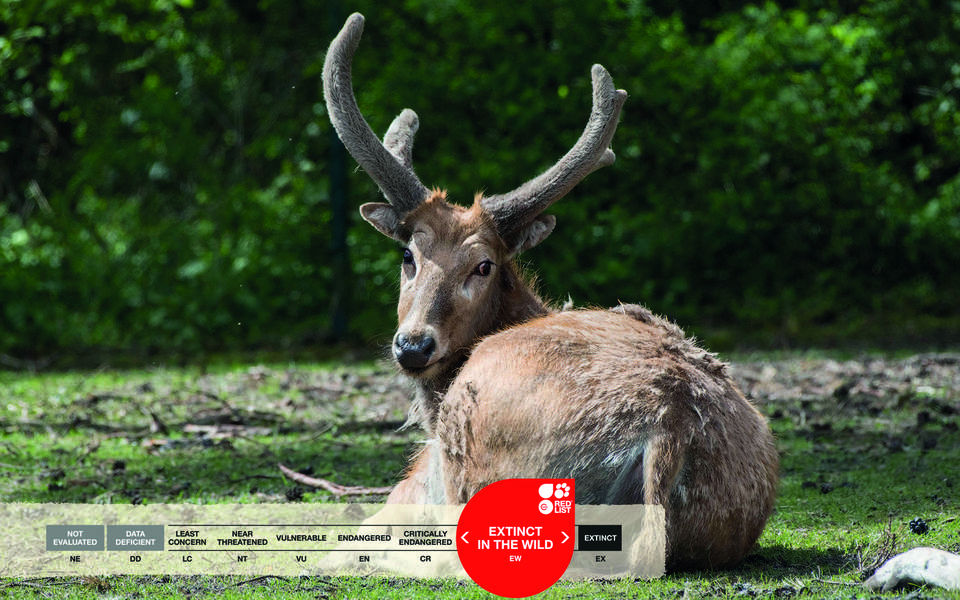 After the local extinction of this species in China, the English Duke of Bedford acquired the few remaining animals from European zoos and raised them on his property in Woburn Abbey, even through the World Wars. The current population remaining in zoos around the world come from the herd nurtured in Woburn Abbey. Père David’s deer have a special feature: their gestation period, 9 months, is significantly longer than most deer, except for the roe deer, after which a single offspring, or in rare cases twins, is usually born. They drop their antlers twice a year! Their summer antlers are dropped in November after the summer rut, and the second set, if they appear, are fully grown by January and dropped a few weeks later. In addition, they are real swamp animals, can swim excellently and love aquatic plants. Here in the Serengeti Park, you can see them near and in the water. For rutting, they have a peculiar way of advertising: The males mix their urine in the mud and wallow in it. This “scent” smells like a perfume for the females, and the one who smells the most has the best chance of mating! 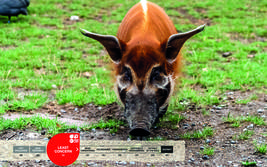 Red river hogs live in the forests, deserts and sav­an­nas of wes­tern and cen­tral Africa, as well as near rivers or swamps. They can swim… 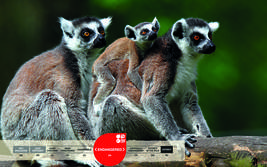 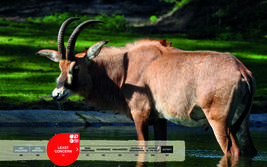 The Roan ante­lope lives south of the Sahara in several sub­s­pe­cies. It rea­ches a length of up to 220 centi­me­ters and a shoul­der height of…