Red river hogs live in the forests, deserts and savannas of western and central Africa, as well as near rivers or swamps. They can swim and even dive very well. For this reason, they are also referred to as river pigs. They have a reddish-brown fur with a white line stripe along the spine, white markings around their eyes, cheeks and jaws; while their legs, parts of their face and muzzle are a contrasting black. 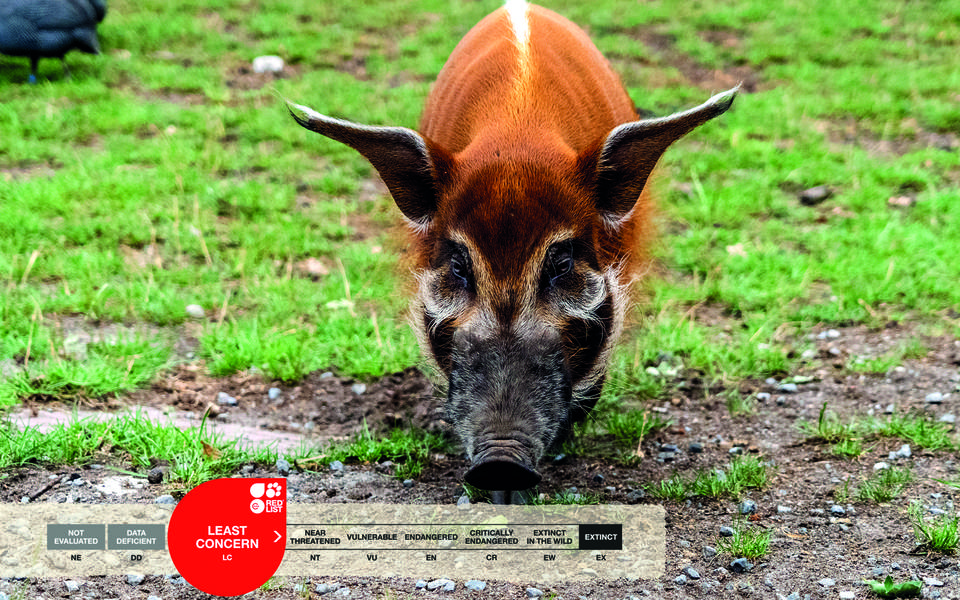 These hogs live in family groups of up to 15 animals, which are accompanied by a full-grown boar. They mark areas with their musk or scent, as well as by the carving of trees with their tusks. These are elongated canines, which are formed in both sexes, but are larger in the males. In search of food, they plow the ground with their large muzzle, tusks or fore-feet to eat insects, roots or smaller vertebrates. Although the red river hogs are very adaptable and can be found on arable land, they are increasingly losing their habitat due to the spread of the human population, hunting and trapping. Despite a decreasing population trend, they are still classified as least concern by the International Union for Conservation of Nature, and this is because of their large distribution area. 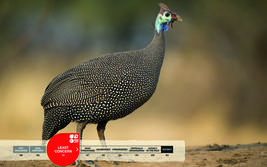 The hel­me­ted gui­ne­a­fowl belongs to the gui­ne­a­fowl-bird family, Numi­di­dae, and are native to Africa, mainly in regi­ons south of the Sahara. They have a very… 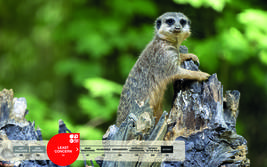 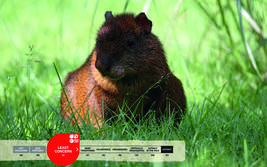