Surely you know Pippi Longstocking and her animal friend and companion Mr. Nilsson. Here you see him, the maneuverable Mr. Nilsson is a squirrel monkey! Squirrel monkeys live in South America, on river banks in large groups of over a hundred animals. They like dense thickets in which they jump and climb, their tail serves the control.

These monkeys use their own urine to mark themselves and their surroundings. They like to spend the night in the highest palm trees. Squirrel monkeys are very sensitive to cold. When they feel cool, they fold their arms and legs and wrap their body-length tail around their necks like a scarf. They also like to get together in groups and warm each other. Squirrel monkeys feed on fruits, young shoots, flowers, eggs, nuts, insects, lizards and small vertebrates. 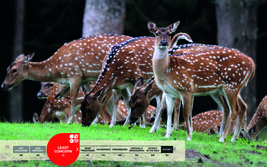 The Middle East and Sri Lanka are the home of the Spot­ted deer, also known as the Chi­tal. It inha­b­its plains and flat hills with… 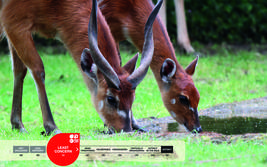 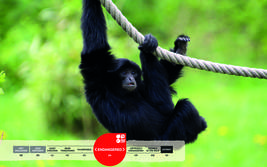